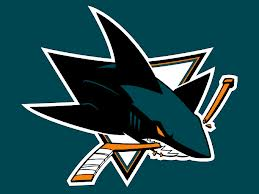 Organizers from large traditional hockey markets in Massachusetts, Michigan, and Minnesota always seem surprised when Tyler Shaffer rattles off the adult hockey registration numbers in San Jose. Well, that’s because the Sharks Ice Adult Hockey League is the largest adult league in the entire country. Shaffar, a Bay Area native, has been getting his mitts dirty trying to grow and expand hockey programs all throughout California for nearly 10 years now.

We sat down with Shaffar to talk Bay Area hockey growth, the local NHL team’s success, and hockey in … Iceland?

AH: You’ve been with Sharks Ice since 2003. I’m guessing you had some sort of hockey background leading up to that.
Tyler Shaffar: I played hockey growing up in the Bay Area and then played club hockey up in Oregon. Then I played a year [semi-pro] in Reykjavik, Iceland, after that.

AH: Whoa, Iceland, how did that even come about?
TS: A couple friends from college worked in Europe. I ended up going over there to see if I could play. I got to coach out there a little bit at the youth levels and then I got to play in the four-team national league. It was more of a life experience than anything. I wasn’t trying to make it in the NHL or anything like that.

AH: That’s part of what makes hockey so special, isn’t it? It’s worldly sport and there are lots of opportunities out there to combine it with some travel, new cultures, and new friends.
TS: Absolutely. And it’s growing, too. Iceland plays in the World Championships at the lower levels, and there are now teams in Mexico, Australia, South America—so it’s interesting to see the developing hockey countries get involved.

AH: That’s good news for the sport. The Bay Area also looks like it’s growing in terms of numbers and participation, particularly in adult hockey.
TS: We have almost 5,000 adults playing in our facilities. What we’re seeing now is hockey families. When the Sharks came over here in 1991–92 and people started playing youth hockey, then they got into adult hockey, and now they’re having kids themselves. So now they’re playing adult hockey at night and then they’re bringing the kids back during the day as well. It’s been growing pretty significantly both in the adult and youth areas.

AH: How big?
TS: In San Jose alone, our facility houses 155 teams. We tell that to people back east and they’re surprised. Adult hockey in the state of California, it’s right up there with Michigan and Massachusetts and the other big hockey communities.

AH: Are there any other factors you can pin your growth on?
TS: Especially up near San Jose with the Sharks doing well and being involved with them—they own the practice facilities, where the adult league practices and games are held—there’s a lot of interest in promoting the sport. And when the team’s doing well, the media’s more focused on it, so more people want to try the sport and get involved. The NHL squad’s parent company has been really supportive as far as giving opportunities to market the sport and also to get adults and kids to try playing.

I think the biggest growth we’re seeing in adults now is not necessarily new players. The last 10 years it was new players coming in doing our beginning hockey classes and now we’re seeing kids that are going to college and coming back at 22 or 23 years old playing adult hockey.

AH: What’s next on the horizon to continue this momentum?
TS: We’re also looking at the possibility of having an over-50 league in the next couple years, if we can increase our ice availability, along with a few other different types of leagues now that we have the numbers we didn’t have five or six years ago.

AH: So you’re telling me there’s demand for more ice? You’re filling all those slots at each rink?
TS: Our facility is open from 5 a.m. until 2 a.m. We have four rinks in San Jose and we’re basically full 99 percent of the time. We’re always looking to expand and get some more ice. That’s the next big thing for us – to be able to expand and increase our programs even more.

AH: How do you market the sport and get in front of these families and adults to get them to come out and play?
TS: One thing that helps is when the Sharks are doing well. Then, families watch hockey on TV and go to the games. So just by the team being very successful in the last 10 years—they’ve made the playoffs every year since 2004—that naturally makes people want to get involved and want to be part of the program. That gives us the opportunity to create a really good ice skating facility. We increased from three to four rinks about five or six years ago. And just in general Sharks Sports and Entertainment has been very good about supporting anything we do to try to increase our youth and adult programs. We get to advertise in the Sharks’ arena, the HP Pavilion, during games and on TV during broadcasts.

I also think we’re at the point now with the hockey families that have been established that we’re able to continue to grow based on people in love with the sport, not just because of the Sharks. But we’re always looking to grow. We already offer Give Hockey a Try programs for youth players. If we get more ice, we’d love to do the same for adult players too. Right now we just don’t have the ice to expand.

AH: I’ve heard that attending a Sharks game in that arena is pretty special. You can tell those fans are into it on TV.
TS: It’s a great environment. I think a lot of people you talk to will say it’s the best place to come watch a hockey game. There’s just a great vibe. It’s just a testament to the quality of the team on the ice and the management of the arena. It all comes together when you feel great about going to the game and you want to try it yourself. It just carries all the way through.